Carroll (Wayne) Harris, nicknamed “The Thumper” has won nearly every honour available to a linebacker. He played his entire professional career with Calgary after being an exceptional competitor with the University of Arkansas. 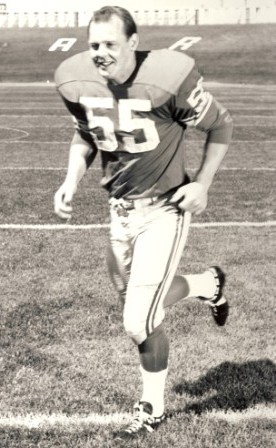