Wally Buono started his football career with the Montreal Alouettes in 1973, where he won two Grey Cups as a player in 1974 and 1977. Once Buono retired as a player in 1983, he became an Assistant Coach for the Montreal Concordes, where he stayed for just that season. From 1987 until 1989, he was the Assistant Coach for the Calgary Stampeders. He got his first head coaching job with the Calgary Stampeders in 1990 when he replaced Larry Kuharich.

During his 13 seasons with Calgary, Buono amassed a regular season record of 153-79-2 winning three Grey Cups. Once he left the Stampeders, he was Calgary’s winningest coach in their team history. Buono’s next stop was in Vancouver where he was the Head Coach of the BC Lions from 2003 until 2011. During his time with the Lions, Buono compiled a 101-60-1 record and won two Grey Cups. After the 2011 season was complete, Buono announced his resignation as Head Coach so he can focus on his duties as General Manager and Vice President of Football Operations. Buono finished his coaching career with a .645 winning percentage. 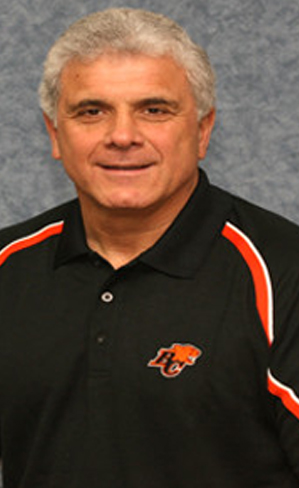