Tony Proudfoot: author, teacher, Canadian Football League Grey Cup champion, broadcaster and hero. Remembered for his role in the 1977 Grey Cup Game at icy Olympic Stadium, where he happened upon a workman’s staple gun, and shot staples though his teammates shoes, to give them traction-and their win over the Edmonton Eskimos.

Up until 2007, he was a sports broadcaster, covering the Montreal Alouettes on CJAD radio. Proudfoot has also written a book about excellence in football, entitled “First and Goal”.

In the midst of the 2006 Dawson College shooting rampage in Montreal, Tony left his classroom to aid a wounded victim, placing his own life at risk.

And most recently, although suffering from a crippling disease, Tony refuses to lose his zest –saying his fate has been decided, but not his life as he works tirelessly against Amyotrophic lateral sclerosis (Lou Gehrig’s disease). Tony’s battle came to an end in December 2010.

Tony Proudfoot was inducted into the Football Reporters of Canada section of the Canadian Football Hall of Fame and Museum in 2008. 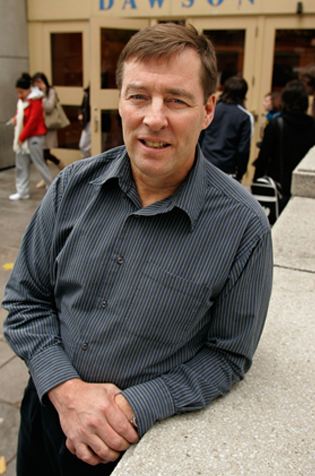