Steve Milton was two years into his journalism career — having started humbly in Huntsville, Ontario — when he began covering the Canadian Football League (CFL) in 1979 while working for the Orillia Packet and Times.

He joined the Hamilton Spectator in 1986 and became a columnist for the paper in 1995, covering some of the worst teams in Hamilton Tiger-Cat history, including a one-win, a two-win and several three-win seasons as well as the team’s 1999 Grey Cup championship season. When newspapers were flourishing and spending money to send their writers to major events, Milton also covered baseball, figure skating and hockey for the Spectator, moving comfortably between Toronto’s huge media market and the more familiar territory in Hamilton.

Milton became a prolific book writer away from the office. The 20th book he wrote was a collaboration with Hamilton Tiger-Cats legend Angelo Mosca, now a fellow Hall of Famer. Milton dealt with the CFL’s up and downs – as well as the Tiger-Cats successes and failures – with an even hand and deft prose, writing columns known for their insight and experienced commentary.

Steve Milton was inducted into the Canadian Football Hall of Fame and Museum, Football Reporters of Canada wing in 2012. 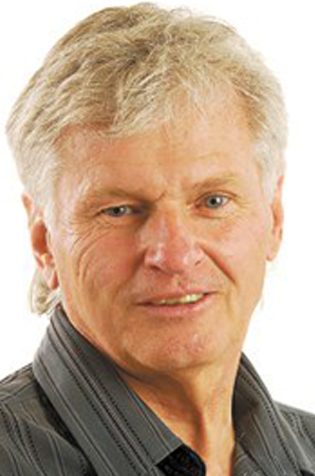