Rudolph (Rudy) Phillips was born February 25, 1958 and played college football at North Texas State where he was a four year letterman and a three year starter at guard. Phillips was signed by the Ottawa Rough Riders for the final six games of the season in 1981 including the Grey Cup final against the Edmonton Eskimos.

In 1985, Phillips left the Ottawa Rough Riders and pursued a career in the NFL. Phillips returned to the CFL in 1986, this time with the Edmonton Eskimos. He played every game of the 1986 season. During that season he was selected as a PWA Lineman Star of the Week, as well as being selected as a Western All-Star for the first time and named to the CFL All-Star team for the third time in his career. Phillips won his first Grey Cup in 1987 when the Eskimos defeated the Argonauts. 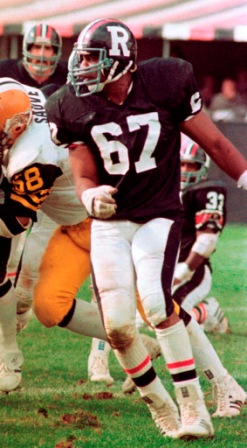