Royal Copeland was an outstanding halfback and defensive back. In 1949 he was the recipient of the Jeff Russel Memorial Trophy, presented to the Eastern Conference player possessing the highest qualities of courage, fair play, and sportsmanship.

Copeland participated in four Grey Cup games, all Toronto Argonaut victories. He scored touchdowns in the 1945, 1946 and 1947 contest. He scored 42 regular season touchdowns, including four in one game during 1945.

While with the Argonauts, he and fellow Hall of Famer Joe Krol were called the “Gold Dust Twins”. 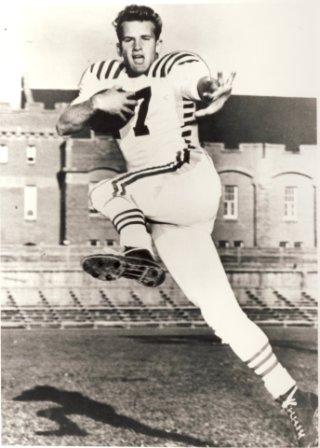