Roger Aldag began his amateur football career in Saskatchewan as a member of the Gull Lake Lions and the Regina Rams of the Prairie Junior Football Conference. Aldag joined the Saskatchewan Roughriders in 1976 as a centre and later moved to the Offensive Guard position.

He won All-Western accolades eight times in his 17-year career, as well as being named All-Canadian five times. Aldag, also won the Schenley for being the Most Outstanding Offensive Lineman award twice throughout his career.

Roger Aldag was considered one of the most consistent Offensive Lineman in the league. He retired from the CFL in April 1993. The Roughriders organization honoured Aldag’s commitment and leadership by naming him to the Saskatchewan Roughriders Plaza of Honour in 1993 and retiring his number 44 in the same year. 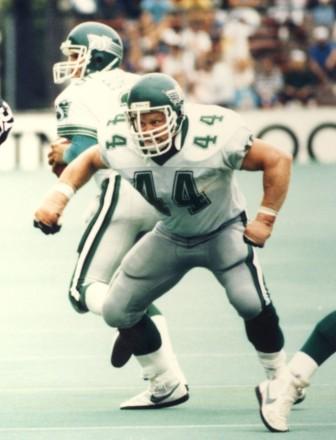