Robert “Bob” Simpson was an excellent athlete who participated in the 1952 Olympic Games in Finland. His exceptional athletic ability allowed him to make a great contribution to Canadian Football.

Bob Simpson was an all-star at several positions and played in the 1957 East/West game. During his career Simpson caught 274 passes for 6,034 yards and 65 touchdowns. He was Ottawa’s nominee for the Schenley Most Outstanding Canadian Award three times and was the runner-up in 1956. That same year he was also their nominee for the Most Outstanding Player Award.

Bob simpson is a member of the Ottawa Sports Hall of Fame. 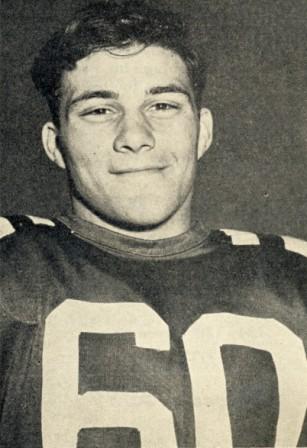