Paul Dojack first became involved with football when he helped to organize the Regina Dales in 1931. He started out as quarterback of the club, but soon moved to the coaching position. The Dales won four consecutive Western Championships and one national title.

Dojack refereed his first game in 1941 while with the Canadian army. Following the war, Dojack was recruited as a full-time official for the Western Interprovincial Football Union (WIFU). Dojack refereed more than 500 games during his professional career, 14 of them Grey Cup’s. Dojack retired from on-field duties after the 1970 season.

Paul Dojack is a member of the Saskatchewan Sports Hall of Fame. He was also honoured at the 1977 Grey Cup dinner. 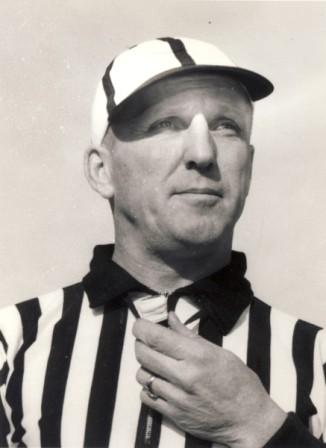