Mervyn Fernandez joined the British Columbia Lions in 1982 after he finished his collegiate career with San Jose State.

Swervin’ Mervyn made an impact in his first season, he was the 1982 Western Rookie of the Year, winning the Jackie Parker Trophy, and was runner-up for the League Award to quarterback Chris Issac from Ottawa. Fernandez became the first Lion to win the CFL’s Most Outstanding Player Award in 1985, that season he had 95 catches and 1,727 yards for an 18.2 yards per reception average, along with 15 touchdowns.

Fernandez, from Merced, California, spent all six seasons of his CFL career with the Lions, playing from 1982 to 1986, before returning for the 1994 season, after playing from 1987 to 1992 with the Los Angeles Raiders of the National Football League.

He made the most of his six seasons with the Lions, recording regular season career totals of 399 receptions, 6,690 receiving yards, an average of 16.8 yards per catch and 58 touchdown catches. Fernandez also had 12 rushes for 103 yards, an average of 8.6 yards per carry, which coupled with his receiving numbers gave him 6,793 yards from scrimmage.

In 2003, Fernandez was voted a member of the BC Lions All-Time Dream Team, at the wide receiver position, as part of the club’s 50-year anniversary celebration. Fernandez was voted one of the CFL’s Top 50 players (#42) of the league’s modern era by Canadian sports network The Sports Network. 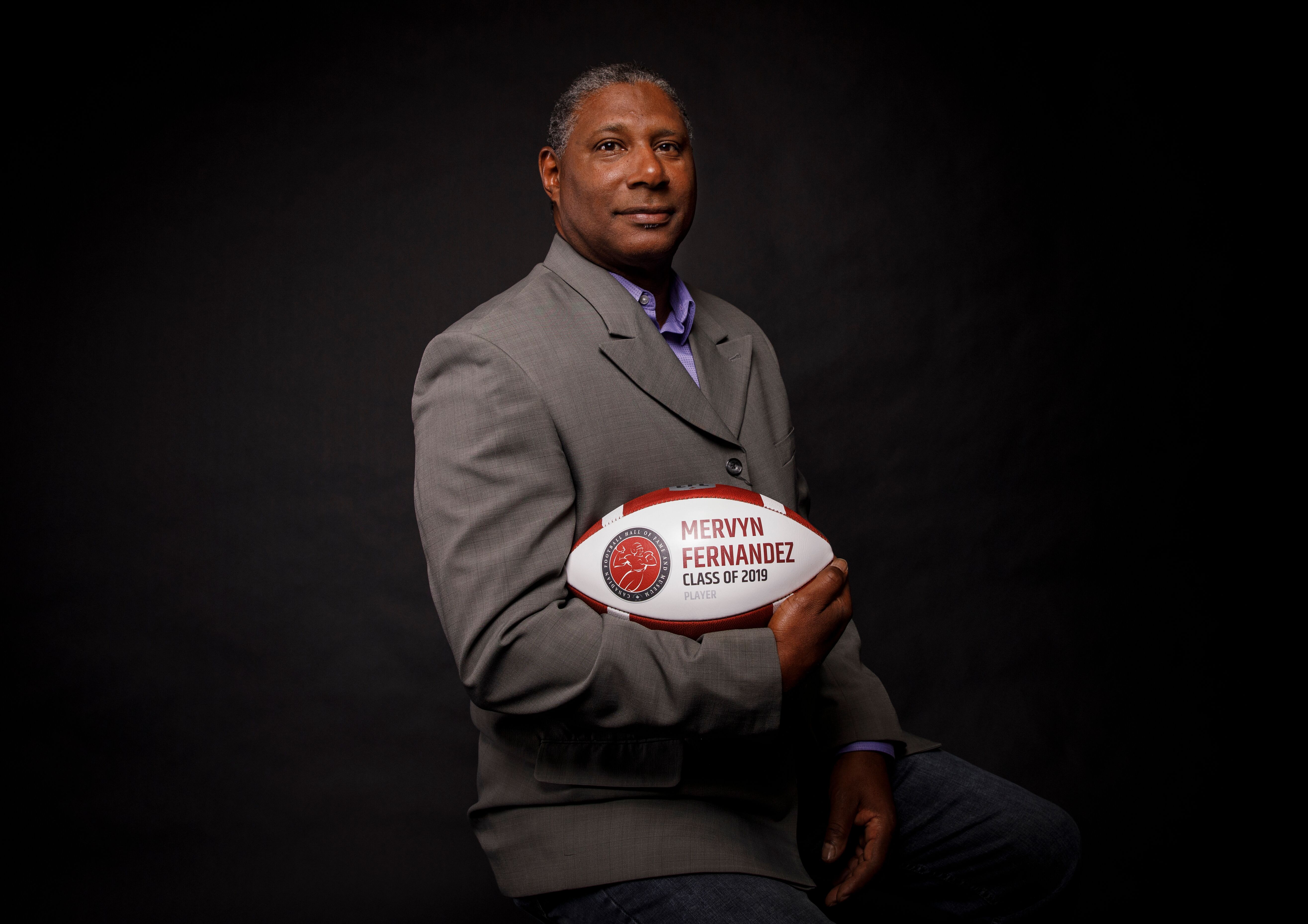