Lionel Pretoria Conacher was an exceptional backfielder and kicker whose running style earned him the nickname “Big Train”.

The Argonauts went undefeated throughout the 1921 season and Conacher personally accounted for 15 points in their 23-0 Grey Cup victory over the Edmonton Eskimos, in the mid 1930’s, when all Canadian football was considered amateur, Conacher organized and played for the first professional team.

Lionel Conacher also participated in hockey, boxing, lacrosse and baseball and is a member of Canada’s Sports Hall of Fame, the Canadian Lacrosse Hall of Fame, and the Hockey Hall of Fame. 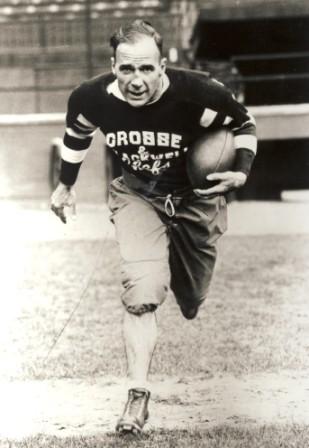