Larry Robinson was a tremendous all around player, beginning as a receiver, later switching to the defensive safety position, and then eventually becoming an excellent place kicker.

A prolific scorer, he was the first player to score 1,000 points in the CFL. Fans well remember his dramatic field goal in a Regina blizzard to secure the Calgary Stampeders Western final victory in 1970.

He never missed a game in his 14 seasons with Calgary.

Larry Robinson was a recipient of the President’s Award in 1972 as the Calgary Stampeders Most Valuable Player, and is also a member of the Stampeders Wall of Fame. 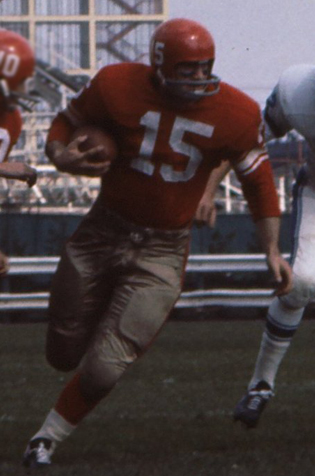