To add to his list of awards and nominations, Anderson recorded many statistical accomplishments as a measure of his contribution to Calgary and BC success. He ranks #1 in Calgary Stampeders history for most rushing yards (8,292) and attempts (1,670). Including his year with BC, he set an all-time CFL record with eight consecutive 1000-yard rushing seasons, still #1 through 2017. He was second on the all-time Calgary Stampeders list of most touchdowns with a career total of 76 and second on the all-time Stampeders most rushing touchdowns list with 52. Anderson retired after the 2003 season with an outstanding total of 21 games of 100+ yards rushing. Through 2016, he remained the sixth all-time rusher in the CFL history with 9,340 yards, averaging 5.0 yards a carry on 1,858 career carries for 57 touchdowns. 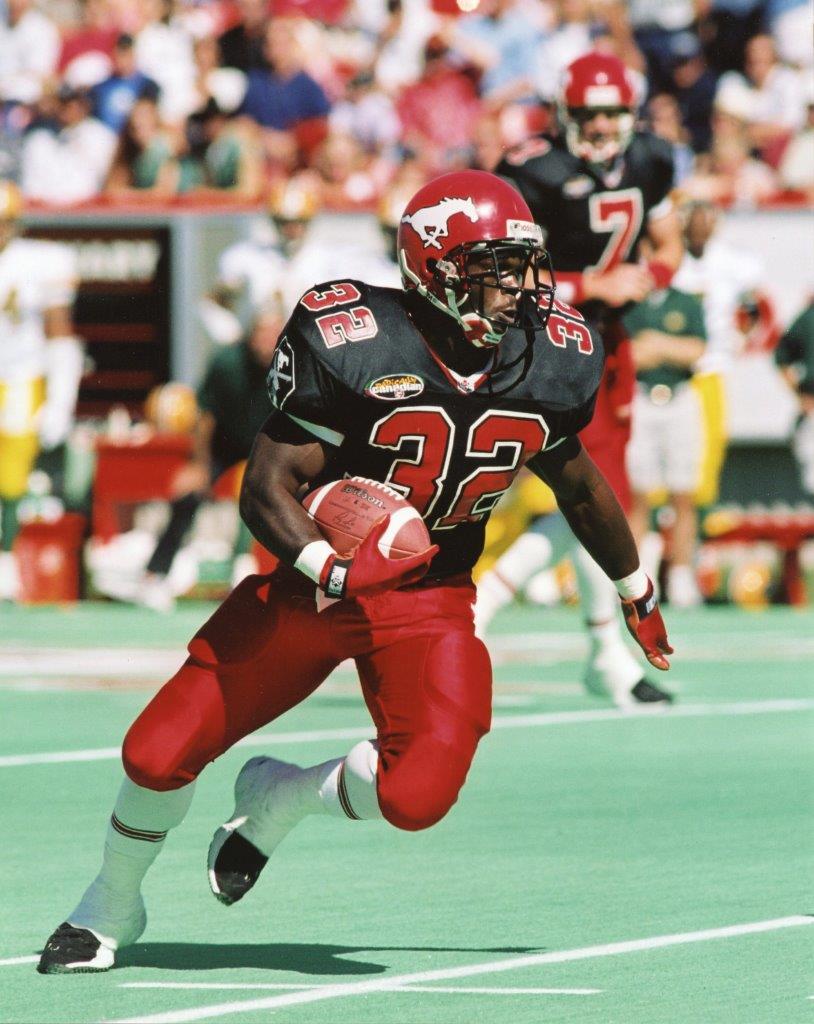