John DeGruchy began his association with amateur athletics in Canada prior to 1900. DeGruchy was involved with the Toronto Athletic Club and the Toronto Rugby and Athletic Association, among other organizations.

DeGruchy organized the Toronto City Series among the Argonauts, Balmy Beach and Varsity. DeGruchy donated the Reg DeGruchy Memorial Trophy for the competition.

During DeGruchy’s long service to the ORFU, DeGruchy promoted the Thanksgiving Day Classic between the Sarnia Imperials and Balmy Beach. He was also a driving force behind six-man football, a revised form of the senior game which was played extensively through the 1940’s.

DeGruchy was a student of rules and constitutions and served Canadian football in many capacities for over 50 years. 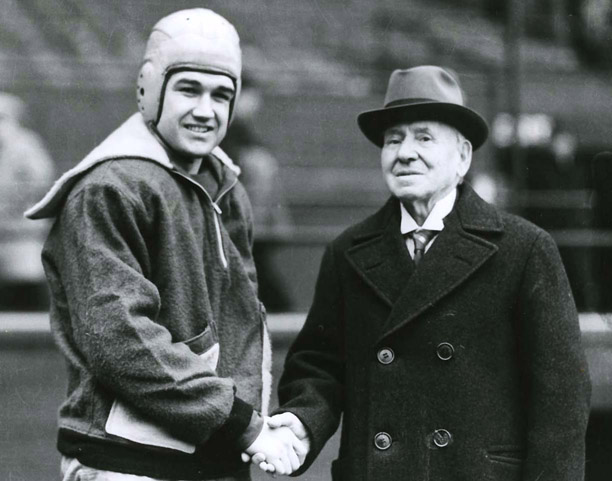