Jim Hopson began his Canadian Football League career on the field, playing offensive line for the Saskatchewan Roughriders from 1973 to 1976 and finished it building the foundation for the Roughriders to be a business success.

Hopson served four years on the Roughriders Board of Directors as the team’s alumni representative. In 2004, the Roughriders decided to shift from a management board to a governance board. Hopson applied to become the team’s first, full-time president and chief executive officer, and spent ten years in the position.

During Hopson’s tenure, Saskatchewan won Grey Cups in 2007 and 2013, and lost in 2009 and 2010 to the Montreal Alouettes. The Roughriders staged a hugely successful Grey Cup Week in Regina in 2013 and capped it by winning at Mosaic Stadium over the Hamilton Tiger-Cats. The team had an overall record of 96-84-1 during his tenure as President / CEO.

Led by Hopson’s business acumen, the Roughriders became the CFL’s merchandising leaders and outsold the other eight CFL teams combined. A community-owned team which nearly folded in the 1990’s under a $3 million debt, the Roughriders under Hopson played before capacity crowds at Mosaic Stadium and began posting annual profits.

When Hopson retired from the club in 2015, the Roughriders had entered into a partnership with the City of Regina and Province of Saskatchewan to build a new stadium which opened in 2017.

Born in Regina in 1951, Hopson began playing football at Thom Collegiate. Upon graduation, he joined the Regina Rams, a junior football team coached by Canadian Football Hall of Fame inductee Gord Currie (inducted 2005). Hopson tried out for the Roughriders in 1973 as an offensive lineman and eventually became a starter. After playing in the Grey Cup in 1976, which Saskatchewan lost, he retired. 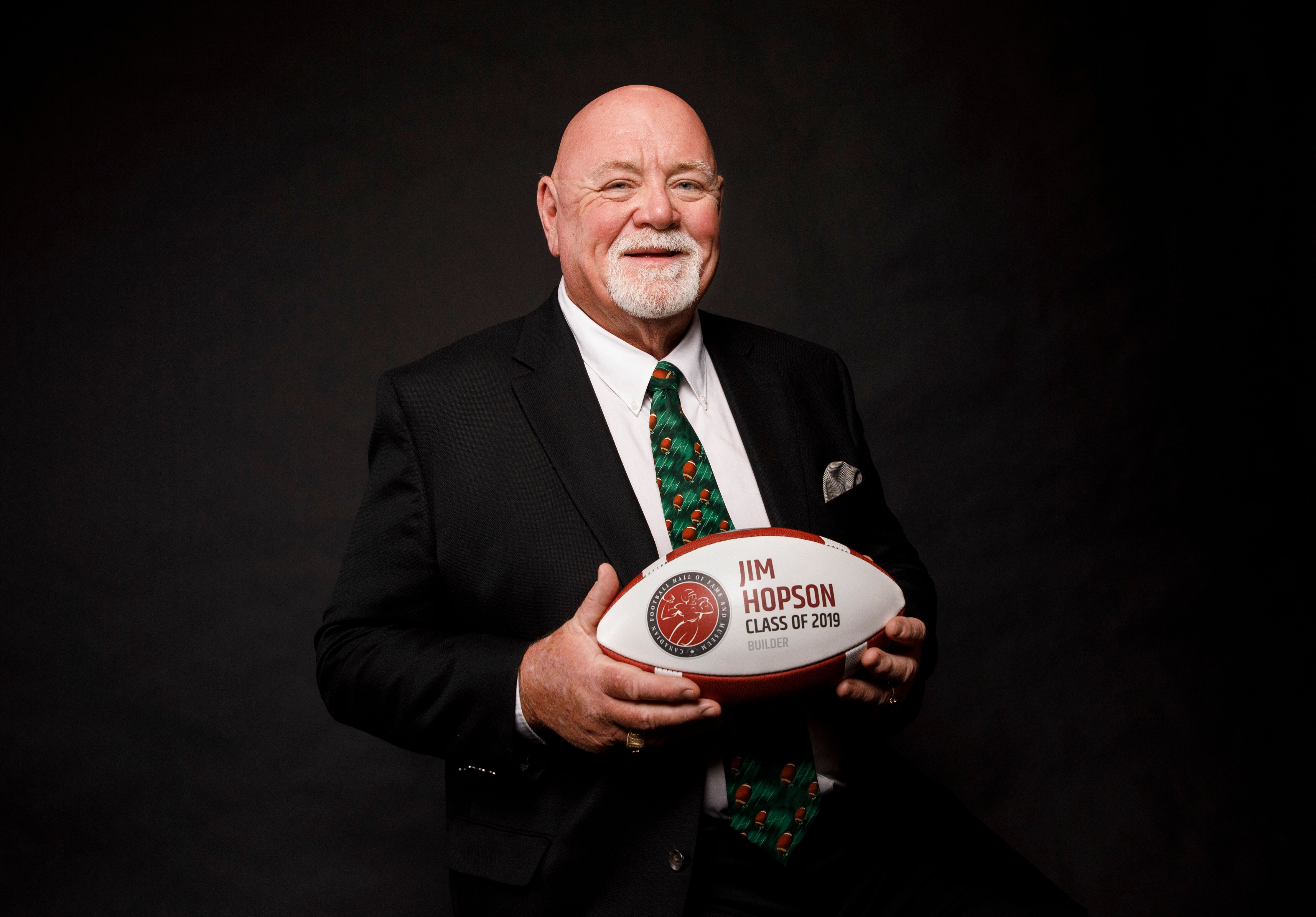