Jacob Gill (Jake) Gaudaur played football from the age of 19 and was a member of Grey Cup winning teams in 1942 and 1953.

While still an active player, Gaudaur had already assumed executive positions with his clubs. He was part owner of the Toronto Indians and was a director with Hamilton before his retirement. He was instrumental in the establishment of the Canadian Football Hall of Fame, and served in many capacities with the CFL. Jake Gaudaur is a member of Canada’s Sports Hall of Fame. 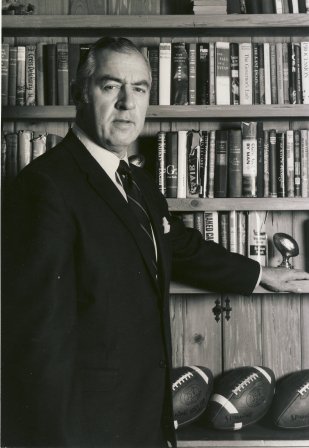