J.P. McConnell was born in British Columbia in 1945, and 50 years later he was still there, but there were several stops along the way. Nelson, Calgary, Red Deer, Melfort, Moose Jaw and Winnipeg, in that order, then back to B.C., where in 1969 he started covering the Lions under the tutelage of fellow Football Reporters of Canada Hall of Famer Jim Taylor who was inducted in 1989.

McConnell has been the voice of the Lions, on radio and TV ever since. J.P. was the first private broadcaster to call Grey Cup play-by-play in 1986, and held that role until 1994. McConnell’s love affair with the Canadian Football League began in Winnipeg in the 1960s, when he discovered that the Blue Bombers served up monster steaks to the media after practice.

J.P. McConnell was inducted into the Football Reporters of Canada section of the Canadian Football Hall of Fame and Museum in 1996. 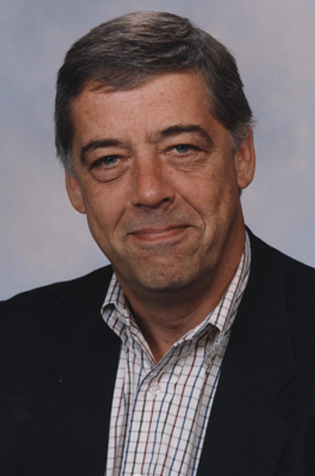