While there are few accurate records for that era, contemporaries declared that Hugh Gall was one of the best kicking halfbacks of the day. it was said that he could punt the ball 70 yards, which is quite an accomplishment since he could do it with either foot.

Gall was a star in the first Grey Cup game in 1909 when he scored a touchdown and kicked eight singles. today, more than 80 years later, no one has surpassed his record of eight singles in a championship game.

Following his playing career, he returned to the University of Toronto to coach in 1914. After the First World War, he was vice-president and president of the Canadian Rugby Union, and was also a game referee. 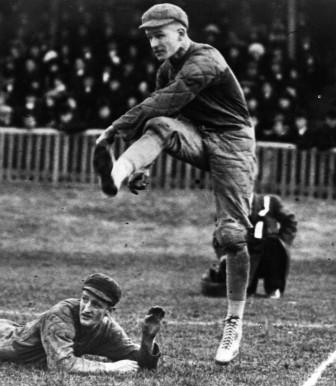