Henry Williams attended East Carolina University and played briefly with the United States Football League (USFL) Memphis Showboats before joining the Edmonton Eskimos in 1986. His skills caused the CFL to create a ‘designated import’ spot on each team’s roster to allow for a game-breaking specialist. No one else broke open games like Williams through 14 seasons with the Edmonton Eskimos.

In 149 regular season games Williams, affectionately known as “Gizmo”, returned 26 punts for touchdowns, including five in one season, to set CFL records. He also returned three kickoffs and two missed field goals for touchdowns, added 21 touchdown passes as a receiver and another on a running play. Undersized and speedy, he often punctuated his touchdowns with end zone back flips.

Williams spent the 1989 season with the NFL’s Philadelphia Eagles and rejoined the Eskimos in 1990. At the time of his retirement in 2000, Williams was the CFL’s all-time leader in punt returns with 1,003, punt-return yardage with 11,177, kickoff returns with 335 and kickoff-return yardage with 7,354. He amassed 23,927 all-purpose yards in his career.

Williams made 14 postseason appearances, playing in 22 playoff games and five Grey Cup games. In the 1987 Grey Cup game he set a record by returning a missed field goal 115 yards for a touchdown.

In 2002, he was inducted into the North West Mississippi Junior College Hall of Fame and became a member of the Eskimos Wall of Honour that same year. 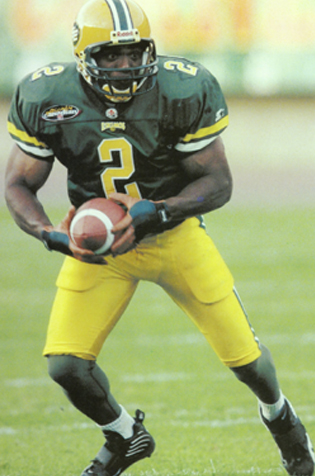