Harry (Bud) Grant was an excellent offensive end who was the Western Division leading pass receiver three of the four years he played with the Winnipeg Blue Bombers. He was selected All-Western from 1953, 1954, and 1956.

In a 1953 playoff game against the Saskatchewan Roughriders, Grant intercepted five passes.

During his ten seasons as head coach with Winnipeg, Grant led them to 122 wins, 67 losses and 3 ties for a winning average of 64 percent. Winnipeg appeared in the playoffs eight times and advanced to the Grey Cup six times. Winnipeg won the Grey Cup in 1958, 1959, 1961, and 1962, each time over the Hamilton Tiger-Cats.

Bud Grant, nicknamed “The Iceman”, returned to the United States to coach in 1967 and continued his winning tradition.

Bud Grant is also a member of the Pro-Football Hall of Fame. 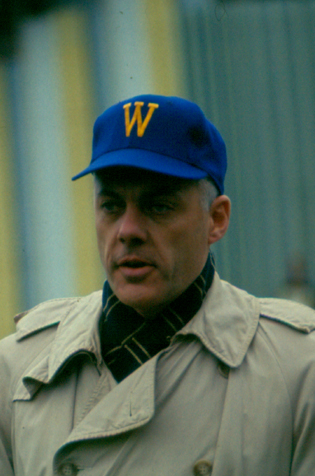