Gregory B. Fulton was a Winnipeg native and moved to Calgary in 1930. He began his direct involvement with football as a player in 1939. Following World War II, he was a reporter for “Gateway”, the University of Alberta Student Newspaper, where he developed play-by-play summaries for football games.

Fulton became the first statistician for the Calgary Stampeders in 1950 and continued in that capacity through 1966. That year he compiled the Canadian Football League’s first official record manual. This valuable reference manual, containing extensive all-time statistics and background data was his responsibility until 1973.

“Facts” Fulton became a member of the CFL Rules Committee in 1964, and became secretary of this committee and editor of the official playing rules in 1967. On January 1, 1967, he was appointed secretary-treasurer of the CFL.

On November 22, 1990 Gregory B. Fulton was a most deserving recipient of the first “Commissioner’s Award”. The award, created by commissioner J. Donald Crump, is presented to the individual who has demonstrated dedication and made a significant contribution to football in Canada, especially recognizing and rewarding those who work behind the scenes. 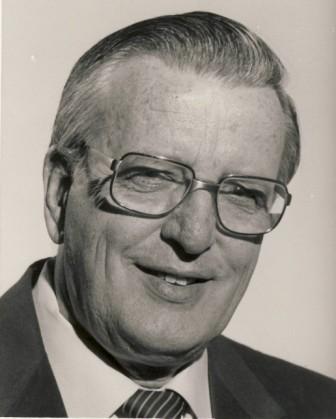