Geroy Simon began his remarkable 15 year career in the Canadian Football League as a receiver with the Winnipeg Blue Bombers where he played for two seasons, 1999-2000. From there he went on to have a long career with the BC Lions where he played for 12 seasons, 2001-2012. During his time with the BC Lions, Simon played in three championship games, 2004, 2006, and 2011, winning in 2006 and again in 2011. For his final year in the league he played for the Saskatchewan Roughriders in 2013 winning the Grey Cup before retiring from the game.

To highlight his amazing career and long list of nominations and awards Simon also recorded many statistical accomplishments. He retired in 2013 as the CFL’s all-time leading receiver with 16,352 yards on 1,029 receptions – records he holds as of 2017. Simon is one of just three players to record 100 or more touchdown catches (103) and he averaged 15.9 receiving yards per catch over his career. He had 63 career 100-yard games and three more of 200+ yards including a career-high of 238 in one game. His nine 1000-yard seasons ranks #3 all-time as of 2017. He was a very consistent player throughout his career and to 2017 holds the second-longest receptions streak with 188 consecutive games. Simon is still actively involved with in the CFL and with the BC Lions where he works in their front office. 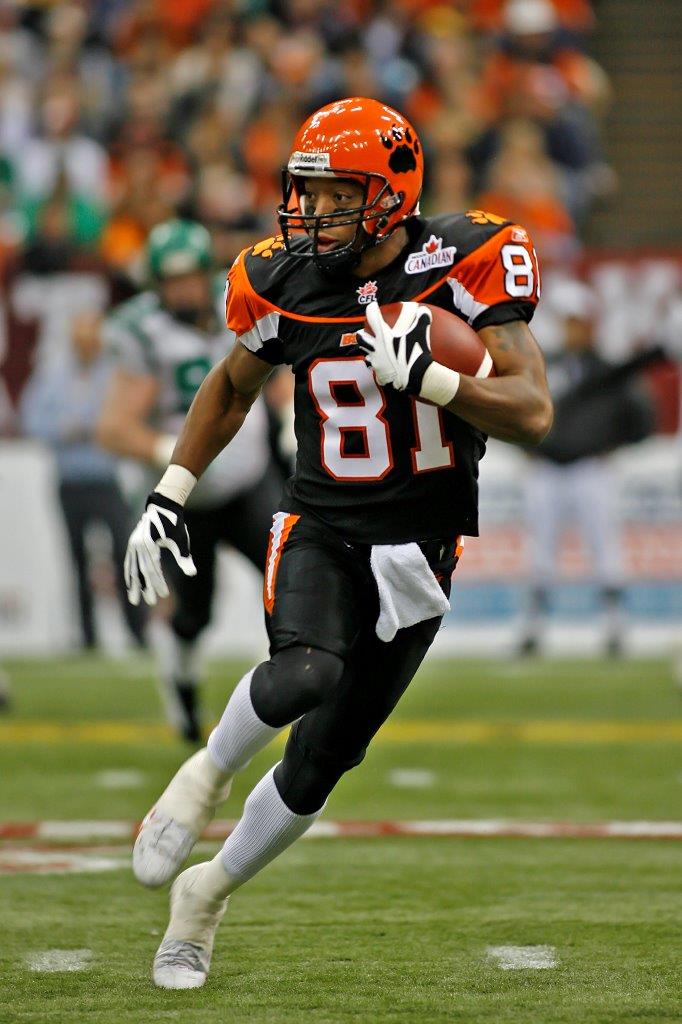