George Dixon’s Canadian professional career lasted only seven seasons, but in that short time he made a major contribution to Canadian football.

Dixon’s best season was 1962, when he was the CFL leading rusher with 1,520 yards and 11 touchdowns. He was the recipient of many major awards that year, including a unanimous All-Star selection. 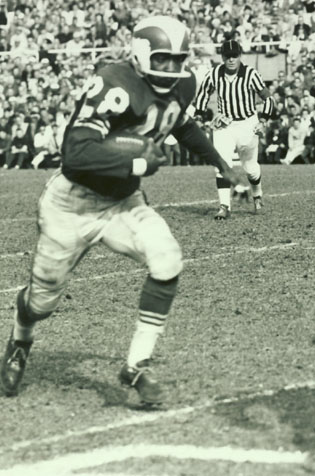