While Garney Henley appeared to be one of the least likely candidates for super stardom, but the slender young man from South Dakota excelled at both defence and offence.

Henley played 216 games in 12 seasons and missed only two games in his final season. He intercepted 59 passes for 916 yards and 5 touchdowns. He is one of only a few players to catch four touchdown passes in a single game. 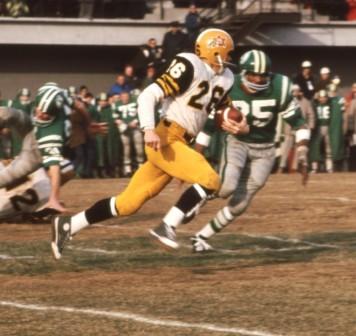