Freddie Childress spent 13 seasons in the Canadian Football League (CFL) playing with four different teams, appearing in 185 regular season games, 14 playoff games and three Grey Cups, winning two of them. Childress played on the offensive line in 1994 with the Shreveport Pirates, in 1995 with the Birmingham Barracudas, from 1996 to 2003 with the Calgary Stampeders and finished his career with the Saskatchewan Roughriders from 2004 to 2006.

He was part of Calgary’s Grey Cup-winning teams in 1998 and 2001, and was a Western Conference Champion in 1999, losing the Grey Cup game. The Stampeders defeated the Hamilton Tiger-Cats 26-24 in the 1998 Grey Cup played in Winnipeg and then beat the Winnipeg Blue Bombers 27-19 in the 2001 game which was in Montreal. Calgary was defeated by Hamilton 32-21 in the 1999 Grey Cup in Vancouver.

Childress was picked as a Canadian Football League Players Association (CFLPA) All-Star in 1995 and then four straight years from 1997 to 2000. With the exception of his all-star selections in 1995 (which came with Birmingham), all of Childress’ other CFLPA all-star selections came with Calgary. 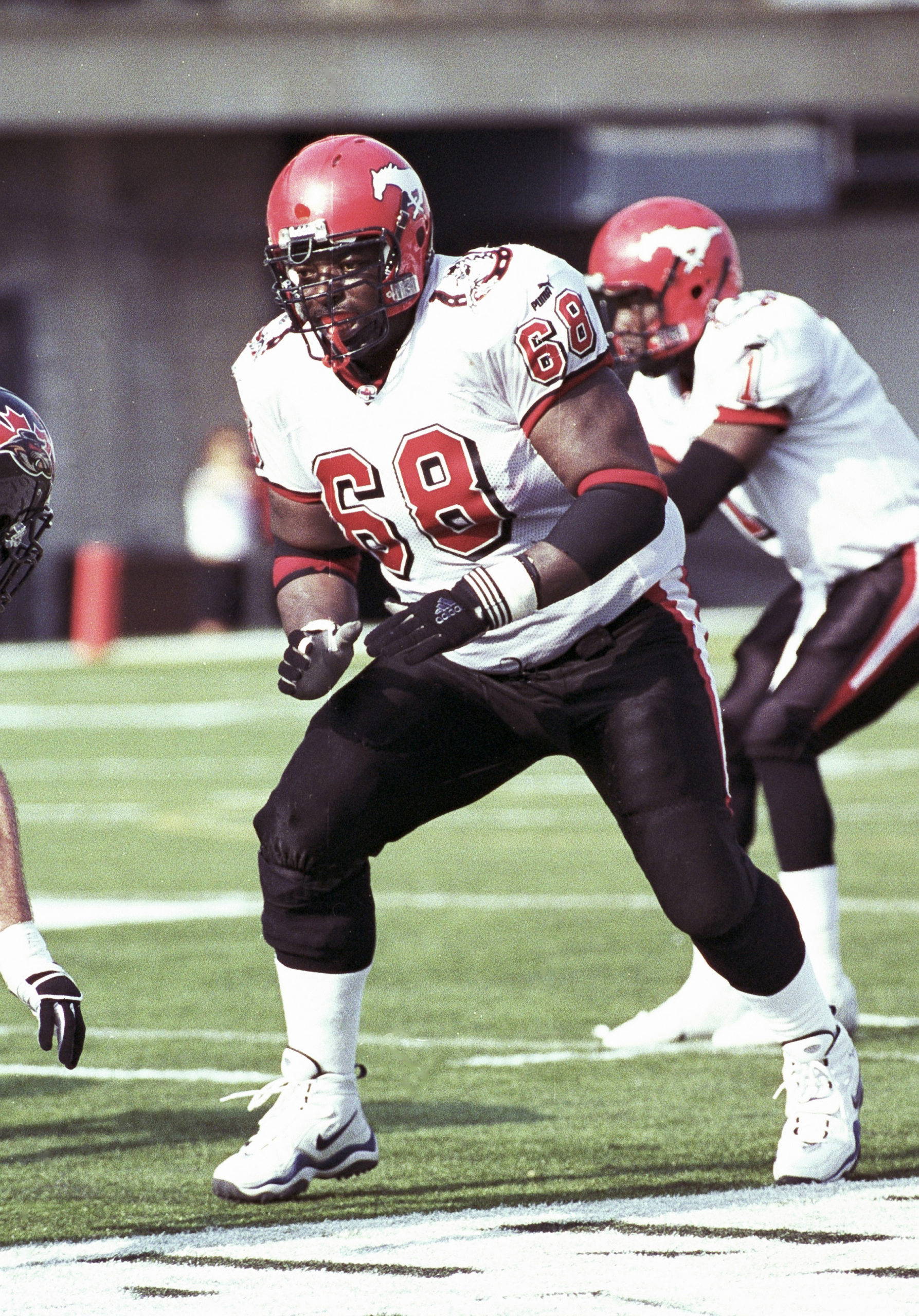