Frank McGill was an outstanding all around athlete who was recognized for his prowess right from his high school days in Montreal.

At McGill university he participated in swimming and water polo, and was a star on the hockey and football squads. He was also a member of four different hockey teams while playing various sports at McGill University.

McGill was a member of the Montreal Amateur Athletic Association, and in 1913 he was awarded the Sir Vincent Meredith Trophy as the best all-around athlete at MAAA. He was the captain and quarterback of the football squad that won the interprovincial union title in 1919. However, there was no Grey Cup championship game because of studies at McGill University, and Montreal’s decision not to participate in the playoffs.

Frank McGill was elected to Canada’s Sports Hall of Fame in 1959. 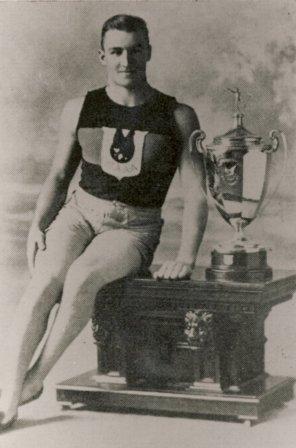