Eddie Davis started his Canadian Football League (CFL) career in 1995, when he was part of the Birmingham Barracudas.

Once the team folded, Eddie decided to play for the Calgary Stampeders where he spent five seasons there, winning his first Grey Cup in 1998. During his time with Calgary, Eddie’s best season was in 1998, where he had 77 total tackles, three sacks, and four interceptions for 127 yards. Starting in 2001, Eddie’s next stop was to Regina, where he played for the Saskatchewan Roughriders until he retired in 2009. During his time with the Roughriders, he led Saskatchewan in interceptions in 2001 with 4 and 2004 with 6 and won his second Grey Cup in 2007. Eddie’s best season with the Roughriders was in 2006, where he had 66 total tackles, two interceptions for 34 yards, and two sacks.

Upon his retirement, Eddie Davis was ranked 5th in CFL history for Most Defensive tackles in a career with 802, played 236 career games, and is in the top-10 in the following Saskatchewan Roughriders categories: Fumble Return Yards with 127, and Fumble Return Touchdowns with 2. 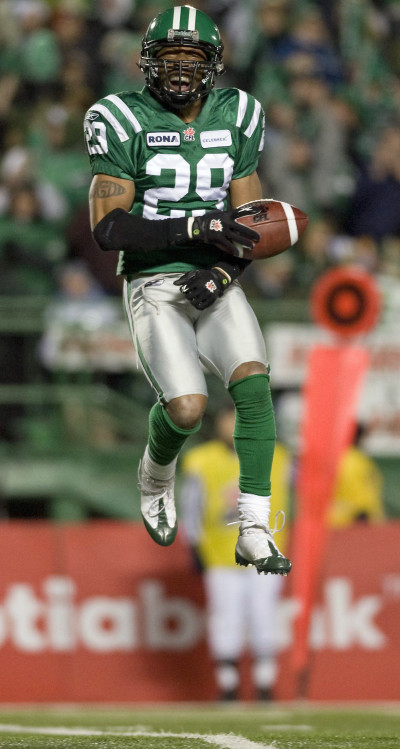