Don Luzzi, an all-star at Villanova University, was an outstanding lineman right from his rookie year. In 1958 he was selected to the All-Star Team at both the offensive and defensive tackle positions.

Luzzi’s value to the squad was evident when his return from an injury marked the end of a Calgary four-game losing streak during the 1958 season. Despite injuries in 1959, 1964 and 1969, Luzzi gave 100%. He helped the Stampeders in their 1964 victory over Saskatchewan in the conference semi-finals. Don Luzzi also made an outstanding contribution in the 1969 playoffs. 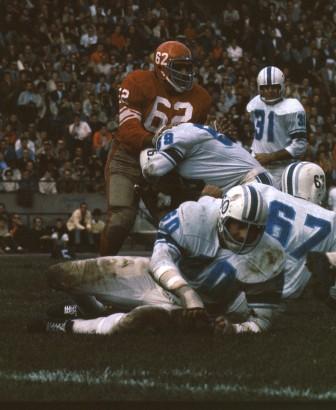