By 1977 opponents were double-teaming Fennell in an attempt to keep him out of their backfield. He was a powerful part of the Eskimo dynasty in the 1970s and 1980s. He was Edmonton’s nominee for the Most Outstanding Canadian Award five times and the Most Outstanding Player Award twice. He played in seven Grey Cup games. 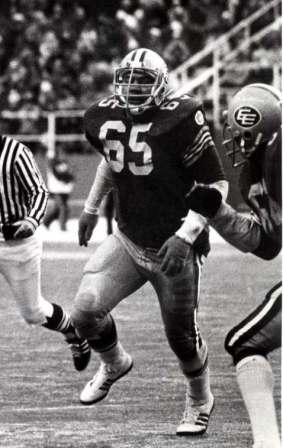