Dan Kepley had an outstanding football career at East Carolina University and was signed by the Dallas Cowboys in 1974. He joined the Edmonton Eskimos following his release from Dallas in 1975.

In Kepley’s rookie season the Edmonton Organization considered him the Outstanding Defensive Player in their Grey Cup victory over the Montreal Alouettes. Despite injuries during the 1976 and 1982 seasons, he seldom missed a game. 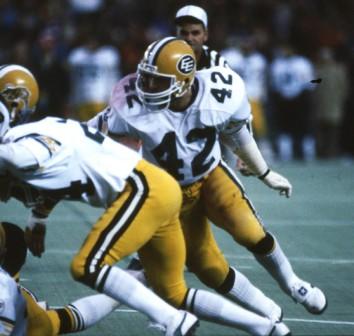