During Holloway’s rookie year, he threw six touchdown passes and was ranked the 5th leading rusher in the east.

Holloway became the starting quarterback in 1979 and remained with the club through the 1980 season.

The Toronto Argonauts have commemorated Holloway’s athletic talents and team leadership by electing him an All-Time Argonaut.

Condredge Holloway ended his career in the CFL with the BC Lions. 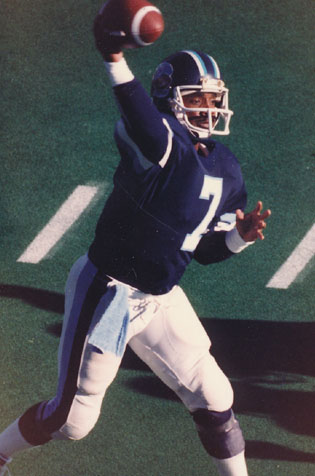