Carl Cronin was the first American import to play for the Winnipegs. He arrived from Chicago in 1932 after an outstanding football career at the University of Norte Dame.

Cronin was an exceptional quarterback and coach, who also played linebacker and was an excellent drop-kicker. His coaching strength was in football fundamentals and Cronin’s fiery leadership helped mold an inexperienced group of rookies into a formidable football club. Winnipeg won the Western Championship in his second year.

In early 1935 he became the coach of the Calgary Bronks and in five years established Calgary as a force to be reckoned with. 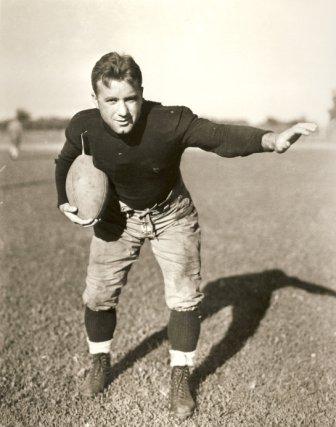