Brent Johnson arrived with the BC Lions in 2001 after a stellar collegiate career south of the border with the Ohio State Buckeyes, with whom he won a Rose Bowl in 1997, a Sugar Bowl in 1999 and was named to the All-Big 10 team in 2000.

The Kingston, Ont. native quickly established himself as one of the best defensive players in the CFL from the defensive end position.

Johnson was twice named the CFL’s Most Outstanding Canadian: in 2005, when he led the league with 17 sacks, and again in 2006, when he repeated as the league leader in sacks with 16.

In 2006 he also won the CFL’s Most Outstanding Defensive Player Award when he added 23 tackles, two interceptions and 3 fumble recoveries to his league-leading sack total.

Johnson played his entire 11-year career with the Lions, finishing with 185 games played, plus 13 more in the playoffs. He helped the Lions reach three Grey Cup Games, capturing championships in 2006 and 2011. 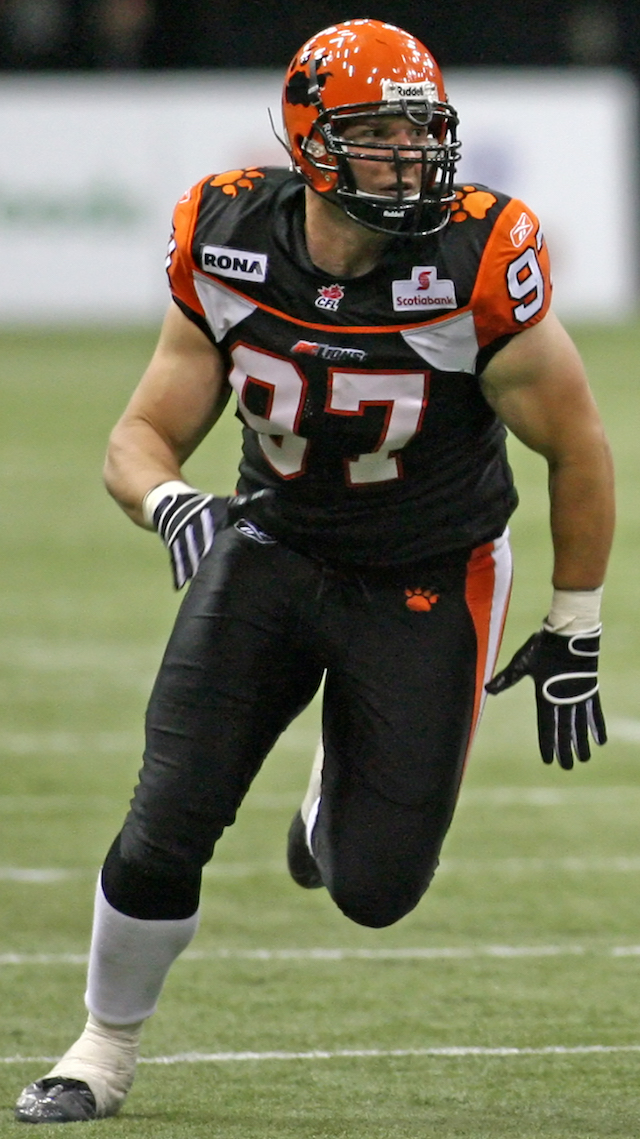