The very first time Andrew Tommy Sr. attended a rugby football game, he ended up being one of the participants. From this humble beginning, he would go on to star in the Interprovincial Rugby Football Union (IPRFU).

In a game against Toronto on October 14, 1933, Tommy picked up a fumble behind his own goal line and ran 120 yards for a touchdown.

He was a member of the 1940 Ottawa squad which won the Grey Cup in the only two-game championship ever held. Tommy also played six games with the Argonauts in 1945, including the Grey Cup game which was the last national championship played only by Canadian players. 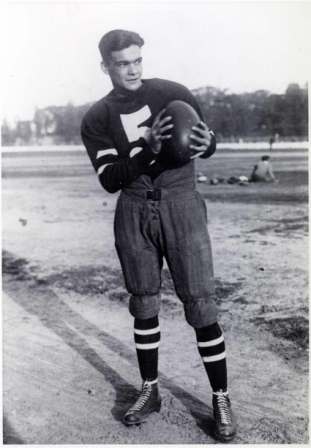