Dr. Alexander Smirle Lawson was rated one of the hardest-plunging Backfielders in Canadian football. He was called “Big Train” and his hard play was largely responsible for University of Toronto’s Grey Cup victory in 1909.

Lawson was the captain of the Toronto Argonauts during the pre-war years when the team was a major contender. The Argonauts played in the Grey Cup three of the four seasons that Lawson was with the club and were victorious in his last appearance.

Following his career, Lawson was acclaimed by the Ontario Sportswriters and Sportscasters Association as one of the country’s great athletes. 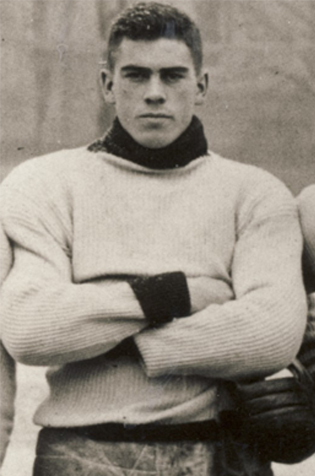