For 47 years, Alvin Ritchie’s name was synonymous with football in Saskatchewan. Ritchie played the game prior to World War I and, after returning from overseas, became a respected coach and team manager.

Ritchie drew up the Constitution and served on many committees for the Saskatchewan League which operated from 1919 to 1932. The Regina Football Club won 56 consecutive games and eight Western Championships with Ritchie at the helm.

Al Ritchie, known as “The Silver Fox”, organized and coached the Regina Pats Junior Football Club leading them to a Junior Dominion Championship in 1928. This was the first time a Western team had ever won a national title. 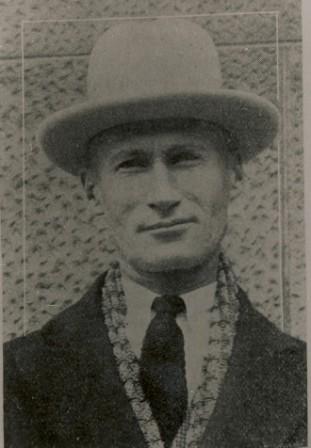