Greg Battle, a graduate of Arizona State University, came to the Canadian Football League in 1987 where he joined the Winnipeg Blue Bombers.

During his two tenures in Winnpeg, the Blue Bombers appeared in the Grey Cup four times, winning twice. Battle was selected as the Top Defensive Player in the 1990 Grey Cup, a 50-11 victory over the Edmonton Eskimos.

Battle signed with the Las Vegas Posse in 1994 and later that season was traded to the Ottawa Rough Riders. He joined the Memphis Mad Dogs the following season. In 1996, Battle went to the Montreal Alouettes. During the same season, he was released by Montreal and signed with the Saskatchewan Roughriders. In the 1997 season, he re-signed with Winnipeg. 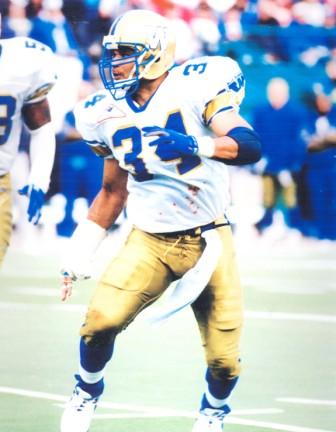