Gordon Perry, a native of New Brunswick, played intermediate football in the Quebec Rugby Football Union in the early to mid 1920’s. He was a member of the Westward Amateur Athletic Association Team which was defeated by Royal Military College for the 1926 National Intermediate Championship.

Perry joined the Winged Wheelers in 1928 and starred with them through the 1934 season. He had great speed while carrying the ball, and was hard to catch and tackle once he was in full stride. Perry, who was very effective on quick opening plays, was the captain of the 1931 squad which won the Dominion Championship. 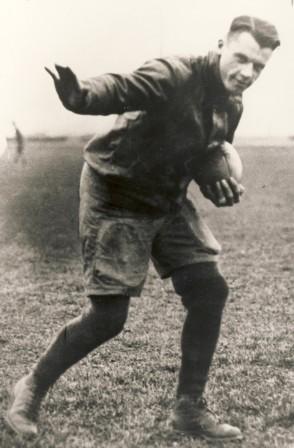